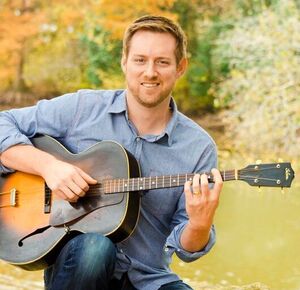 Tyler Jackson is a world renown tenor banjoist and upright bassist. When he was just 12 Buddy Griffin noticed his talent on ukulele immediately and approached Tyler about learning the tenor banjo. Griffin spent the next year pouring decades of banjo experience and wisdom into Tyler. After just one year he was already playing gigs and being used as a sideman on recordings. When Tyler got an opportunity to play in Branson, he jumped at the chance. This is where he was featured on tenor banjo, playing on the Branson Belle riverboat, the Buck Trent show and the Jim Stafford show. Tyler's musical ambitions continued in High School, where his interest grew to include the double bass. At the same time Tyler had kept his interest in the tenor banjo and continued to push the envelope for what could be done. In 2004 he released his first tenor banjo CD “First Impression”, produced by the legendary Buddy Wachter.

Tyler went on to study the double bass at the University of North Texas under Lynn Seaton. With the help of Seaton he began to fine-tune his skills as a professional bassist. It was during this period that he was asked to work for Ray Price and the Cherokee Cowboys.

Touring with Price took him all over the world and allowed him to play countless venues across North America including the Grand Ole Opry, Massy Hall, Radio City Music Hall, Gruene Hall, as well as the Stagecoach Festival, Austin City Limits Live and more. In 2007-09 Ray Price teamed up with Willie Nelson and Merle Haggard to form the highly successful “Last of the Breed” tour.  Tyler can be seen on A&E's “Last of the Breed” DVD and heard on the live CD as well.